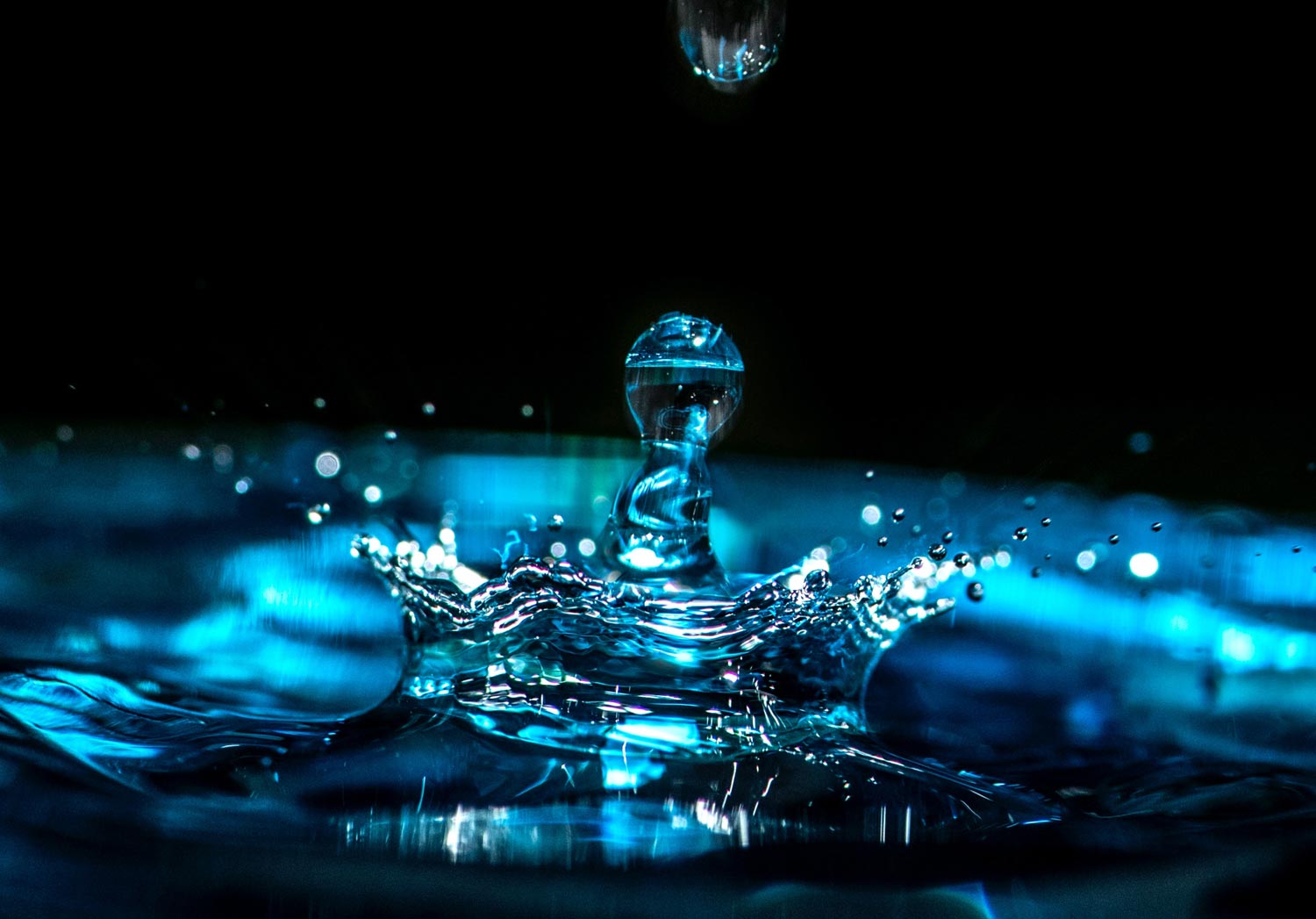 Water is the basis of life. Whether plants, animals, humans or microorganisms, we all depend on it for our existence. Therefore, water pollution especially from drugs, such as antibiotics or oestrogen derivatives and other non-medical pollutants is a rapidly increasing issue in industrialised countries. For this reason, in 2013 the EU Parliament adopted a directive on the constant analysis of water within the Union (1). This so-called “watch list” was first evaluated in 2018 by the Joint Research Center (2). The frequent exceedance of the Predicted No-Effect Concentration (PNEC) for 17-alpha-ethinylestradiol (EE2) were particularly noticeable. EE2 is a molecule with an aromatic ring structure and acts as endocrine disruptors.

In addition to EE2, the watch list includes other potentially dangerous substances for humans and the environment, such as antibiotics and diclofenac (pain relievers). Many of these molecules are characterised by common properties such as an aromatic ring structure and / or toxicity (e.g. diclofenac, carbamazepine) (3). Aromatic ring structures, however, are potential targets for enzymes, the so-called laccases that have been identified in various fungi and bacteria (4).

How laccases are utilised to degrade toxic drug residues

Laccases use phenol groups as substrate and oxidise them by turning oxygen into a radical. This radical then attacks the phenol by adding an additional hydroxyl group. At the same time, free oxygen is reduced to water (Figure 1). The resulting degradation products have no negative effects on people and the environment anymore (4).

We, the iGEM-Team Stuttgart 2020 – LAC-MAN, aim to improve the stability of laccases and select a combination of laccases that can neutralise a large number of pollutants due to their wide range of substrates. They are used to develop a scalable and effective filter system to keep our water safe and clean.

An efficient way to use enzymes to degrade pollutants in wastewater is an immobilisation of the enzymes. When enzymes are bound on a surface or carrier, they can be reused over and over again. Additionally, enzyme immobilisation leads to improved stability and extended half-life of the enzymes. After thorough assessment, we decided to covalently bind laccases onto a mesostructured cellular foam silica (MCF) (silicon-based) via glutaraldehyde (GA) bridges. Due to their environmentally friendly behaviour, biocompatibility and resistance to organic solvents and microbial attacks, silicon-based materials are well suited for this purpose.

As first step, the MCF is chemically activated to expose hydroxyl groups that then react with GA to form a semi-acetal. In the second step, the MCF is incubated with a laccase solution. Amino groups exposed on the surface of the enzyme are able to bind onto the second free aldehyde group of GA via a Schiff base reaction. As the active site could be sterically blocked by the immobilisation process, we came up with the idea of adding a poly-Lysine-tag at the c-terminus of the laccase. In doing so, the immobilisation rate near the active site is reduced and the structure of the laccase would remain almost unchanged, resembling the free enzyme. 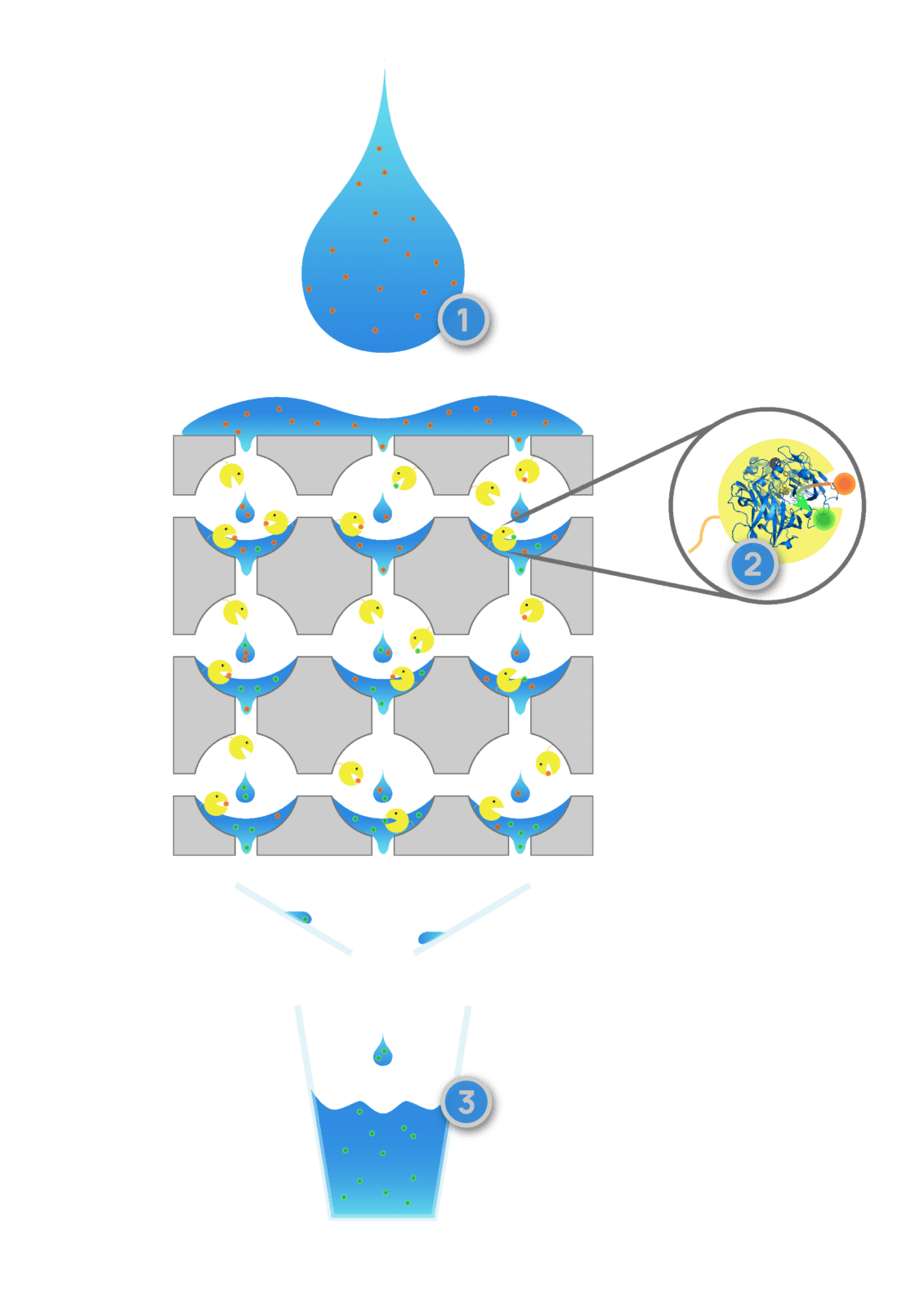 Figure 2: Schematic procedure for water purification using silica foams with immobilised laccases. 1: Water contaminated with drug residues, such as diclofenac, EE2 or carbamazepine, flows into the silicone foam. 2. Immobilised laccase from trametes versicolor or small laccase from streptomyces cyaneus oxidise the phenyl rings of the drugs by forming water. 3. Clean water with the oxidised and thus harmless drug residues leaves the foam.

We, the iGEM-Team Stuttgart 2020 – LAC-MAN, consist of fourteen committed students from different faculties of the University of Stuttgart (Figure 3). Most of our team members come from the study programme Technical Biology, but we also have members from the fields of Chemistry and Software Engineering. Our goal is to participate successfully in this year’s international iGEM competition with students from all over the world. 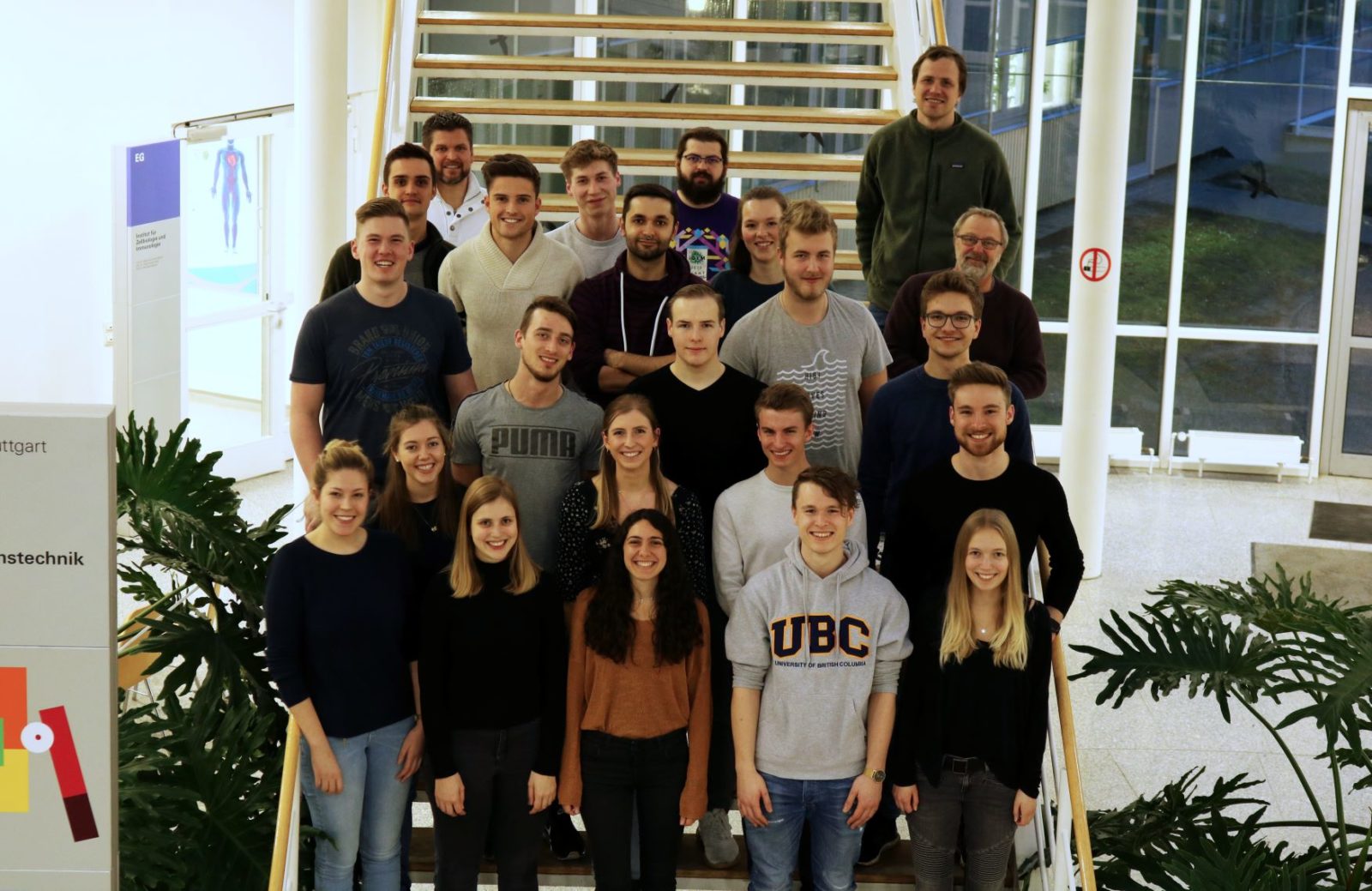 Did you like this article? Then subscribe to our Newsletter and we will keep you informed about our next blog posts. Subscribe to the Eurofins Genomics Newsletter here.

(2) D. M. I. S. D. N. a. T. L. Robert Loos (2018) Review of the 1st Watch List under the Water Framework Directivend and recommendations for the 2 Watch List. Publications Office of the European Union, Luxembourg. 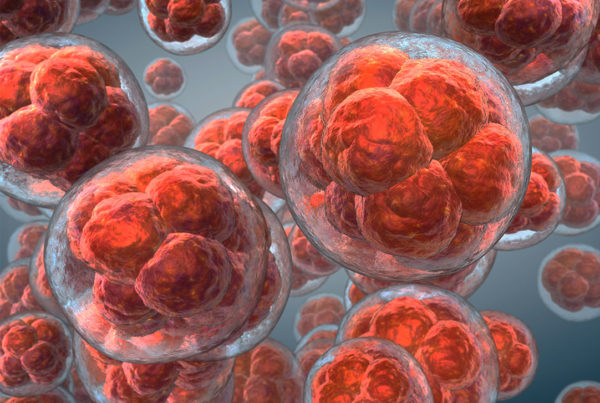 The State Of Stem Cell Therapy And Future Applications Fun4al – How to use biological waste to grow Aspergillus niger 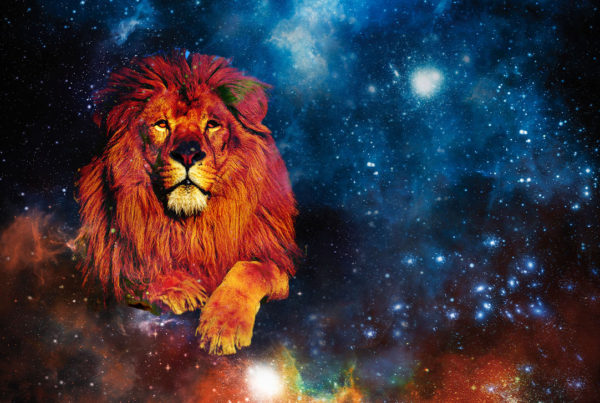