In the current coronavirus outbreak, companies and health authorities seek solutions to monitor the presence of SARS-CoV-2 in their environments. Due to the virus’ potential for a prolonged tenacity on surfaces, transmission through contaminated surfaces is being investigated as a possible route of exposure.

Detailed knowledge of SARS-CoV-2 and its characteristics is paramount. Understanding the virus is key to identifying fast and viable solutions to the COVID-19 pandemic. Eurofins supports scientists from all areas in their essential work by providing them with the right genomic tools to facilitate their research on SARS-CoV-2. Dedicated services for pharma, biotech and academic applications are also part of the portfolio.

The coronavirus SARS-CoV-2 and resulting disease COVID-19 have reached almost every country on Earth… but compared with other infectious diseases such as the flu, there are still many unknowns about SARS-CoV-2. Scientists around the world are tirelessly researching the virus in order to understand it and endeavor to find treatments. Learn more about the current status and how the discovered information is used in diagnostics and medical research.

Learn more about our comprehensive solutions to keep your staff and customers safer during the COVID-19 pandemic.

Eurofins support of health care authorities and practitioners around the globe

Our mission at Eurofins is Testing for Life. Never is this more true than today, as we put our full energy and commitment towards supporting the fight against this global pandemic. We are a community of people including scientists and entrepreneurs, who are banded together to provide excellence in scientific innovation and service. As the world faces the challenges of COVID-19, at Eurofins we are ever mindful of our vision, and the race to bring all of our resources to contribute to saving of lives during this crisis.

Eurofins is now offering testing for detection of SARS-CoV-2 in the USA, France, Germany, Spain, Brazil and the Netherlands and soon in more countries. Global capacity is growing daily as Eurofins teams are working round the clock to increase capacity and deliver results in very short turnaround times and often within 24 hours. Eurofins laboratories are working closely with public health authorities and following their priorities to support hospitals and medical professionals selflessly fighting this unprecedented health crisis. 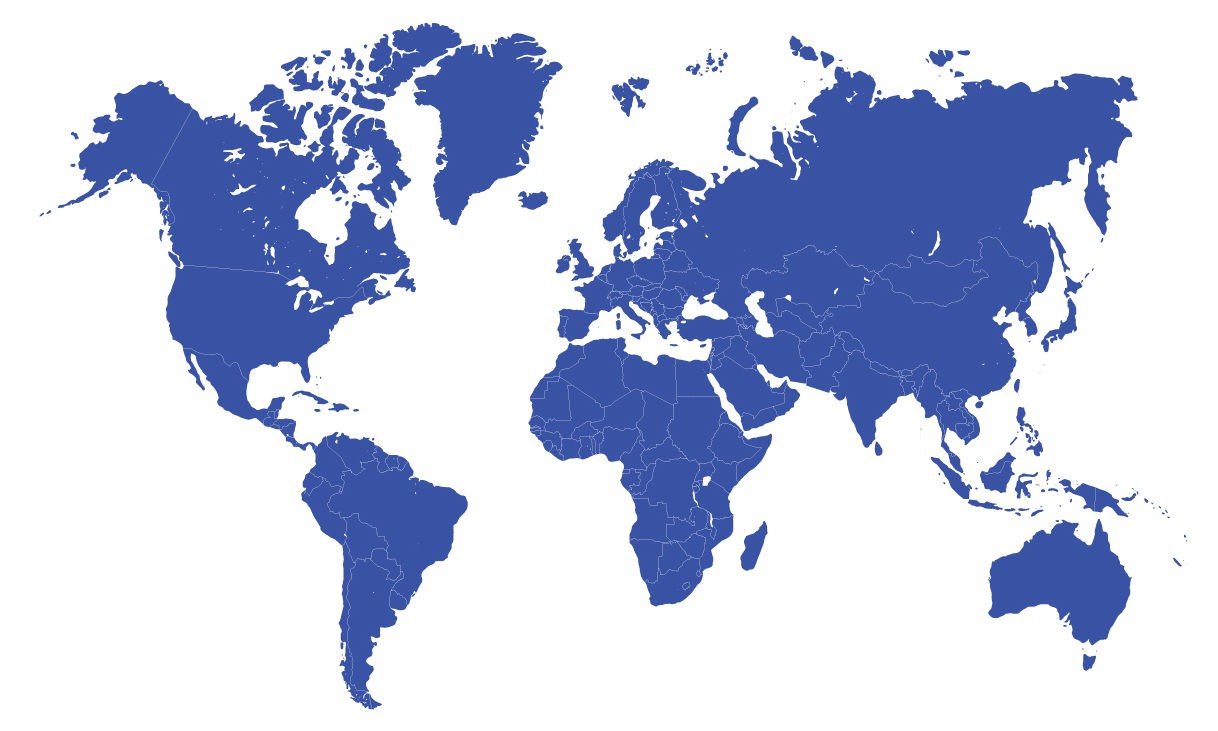 Human Diagnostic by Viracor and GeLaMed

The test is based on the extraction of SARS-CoV-2 virus nucleic acid from specimen, followed by combined reverse transcription of viral RNA and PCR amplification using real-time reverse transcriptase PCR (RT-PCR) methods. An internal control is added to ensure that extraction was performed correctly and that the RT-PCR reaction was not inhibited.

This test has been authorized by the FDA under an EUA for use by authorized laboratories only for the detection of RNA from SARS-CoV-2 virus and diagnosis of COVID-19 disease and has not been FDA cleared or approved. This test is authorized only for the duration of the enabling emergency use declaration unless revoked or terminated earlier. This test was developed and the performance characteristics were determined by Viracor Eurofins. Results should be used in conjunction with clinical findings, and should not form the sole basis for a diagnosis or treatment decision. 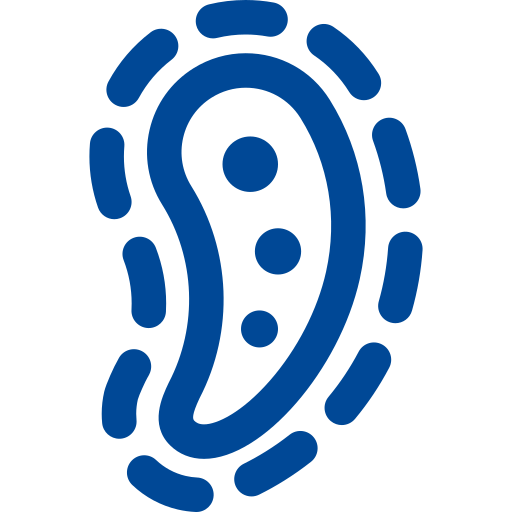 The lab test for the coronavirus SARS-CoV-2 based on RT-PCR is intended for the qualitative detection of SARS-CoV-2 during the active infection phase. 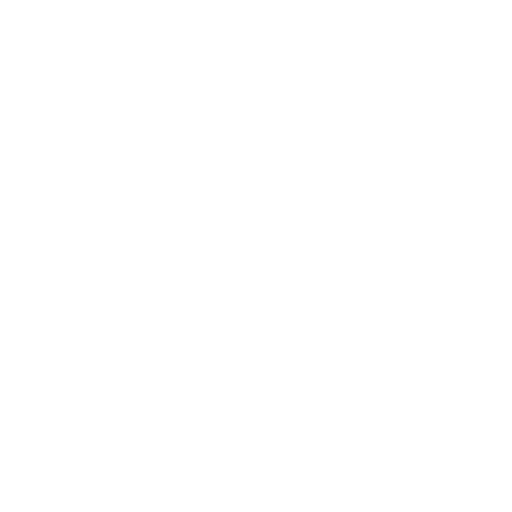 The Coronavirus SARS-CoV-2 COVID-19 IgG antibody lab test is for the detection of IgG antibodies against SARS-CoV-2 from human clinical specimens during the active infection phase.

The lab test for the coronavirus SARS-CoV-2 based on RT-PCR is intended for the qualitative detection of SARS-CoV-2 during the active infection phase.

The Coronavirus SARS-CoV-2 COVID-19 IgG antibody lab test is for the detection of IgG antibodies against SARS-CoV-2 from human clinical specimens during the active infection phase.

Applications for pharma and biotech

Detailed knowledge of SARS-CoV-2 and its characteristics is paramount. Understanding the virus is key to identifying fast and viable solutions to the COVID-19 pandemic. Eurofins Genomics supports scientists from all areas in their essential work by providing them with the right tools to facilitate genomic research on SARS-CoV-2. All of our products and services meet the highest quality standards.

Research and development is an integral part of Eurofins Genomics’ success and one of the main driving forces behind our innovative strength. Our R&D teams develop new products and services and are involved in the performance optimisation of our versatile portfolio. We have a proven track record of producing top-notch, cost-efficient services that deliver unmatched data quality. Our scientists work hand-in-hand with all our departments to promptly provide customer-specific solutions that advance basic and applied research on an individual basis. Belows product list represents all service which can be ordered via a webshop. Our offer for pharma, biotech and academic applications can be found here: 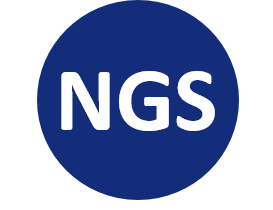 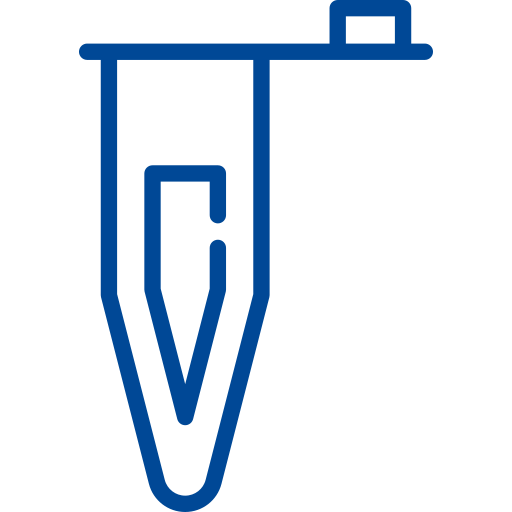 Eurofins Genomics can provide the primer and probe sequences recommended by the CDC and the WHO to researchers working on the coronavirus SARS-CoV-2. 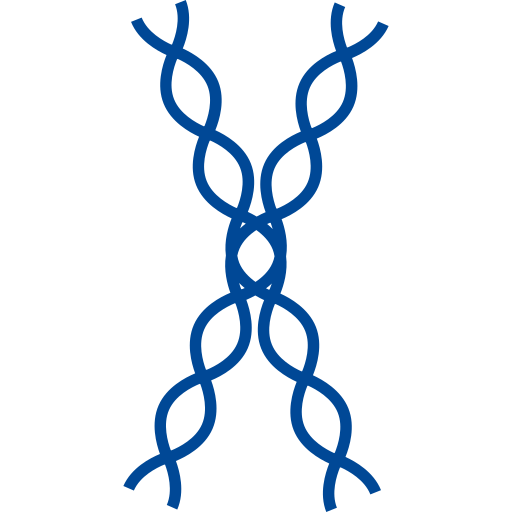 Eurofins Genomics provides ready to use control plasmids with one or more coronavirus V2 gene sequences for your research project on SARS-CoV-2. 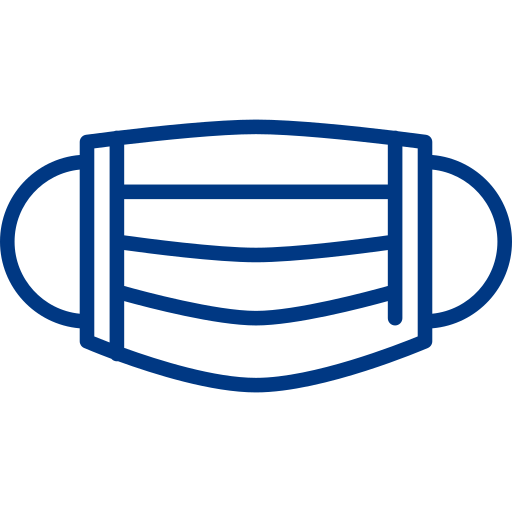 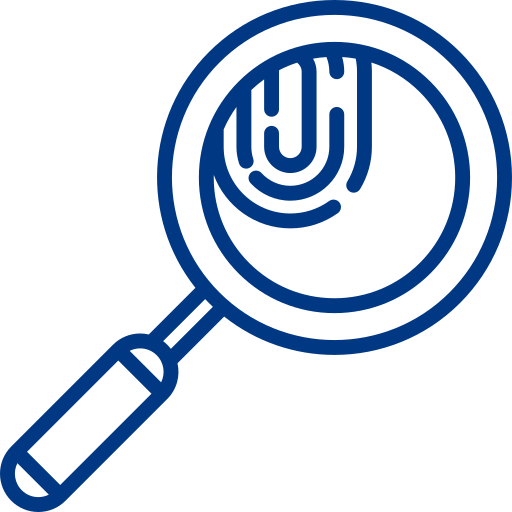 The GSD NovaPrime® SARS-CoV-2 RT-PCR Kit is intended for the qualitative detection of RNA of the novel Coronavirus (COVID-19) in human respiratory samples.

The antibody tests for IgG, IgM and IgA are intended for the qualitative detection of IgG, IgA and IgM antibodies to SARS-CoV-2 virus in human serum to aid in the COVID-19 diagnosis.

Detection of SARS-CoV-2 on swabs of environmental surfaces

The SARS-CoV-2 is a recently discovered coronavirus that has caused the pandemic COVID-19 outbreak. This virus may lead to severe acute respiratory syndrome (SARS) and is predominantly transmitted from person to person via droplets. Due to the virus’ potential for a prolonged tenacity on surfaces, transmission through contaminated surfaces is being investigated as a possible route of exposure.

In the current coronavirus outbreak, companies and health authorities seek for solutions to monitor the presence of SARS-CoV-2 in their environments.

SARS-CoV-2 test kits from Eurofins Technologies will enable organisations in diverse industries, as well as in healthcare, to help test, determine, monitor and eventually strengthen the effectiveness of sanitation measures they have put in place. 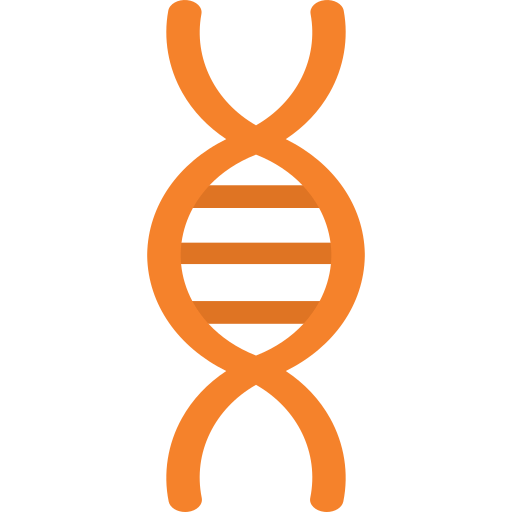 The genomics of the coronavirus

The coronavirus SARS-CoV-2 and resulting disease COVID-19 have reached almost every country on Earth… but compared with other infectious diseases such as the flu, there are still many unknowns about SARS-CoV-2. Scientists around the world are tirelessly researching the virus in order to understand it better and endeavor to find treatments. What is currently known about the genomics of SARS-Cov-2 and how is the information used in diagnostics?

What kind of virus is SARS-CoV-2? 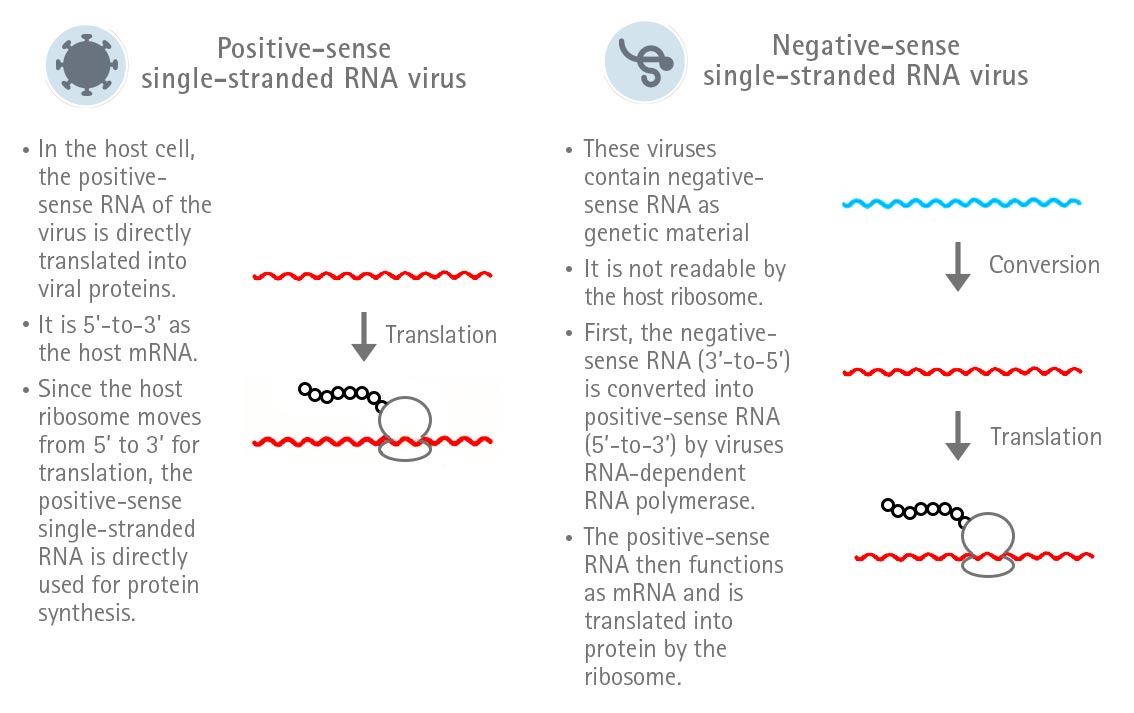 What are the genes of SARS-CoV-2?

The 4 genes encoding structural proteins that essentially form the envelope of the virus are: 1. the spike surface glycoprotein of the virus (S), 2. the matrix protein (M), 3. the nucleocapsid protein (N), and 4. the envelope protein (E) (Figure 2). 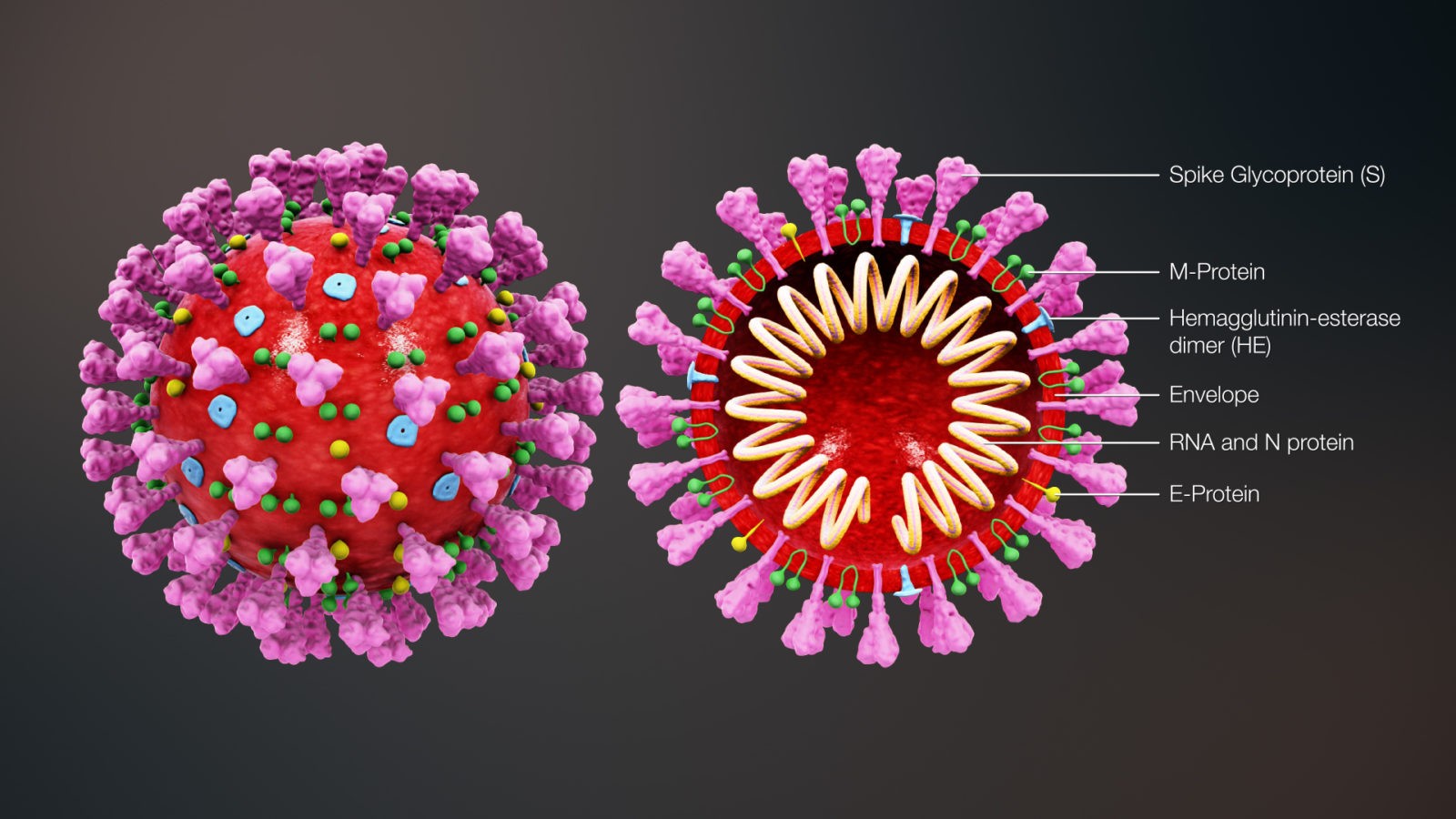 The spike proteins on the surface of the virus seem to mediate the binding of the virus to the angiotensin converting enzyme 2 (ACE2) receptor of host cells and the entry into the host cells.

The M protein seems to be involved in formation of the spherical shape of the virus.

The N protein also called nucleoprotein is associated with the single-stranded RNA and together they form the nucleocapsid.

The E protein has been found to be the smallest of the 4 structural proteins.

The genomic composition of SARS-CoV-2 has been analysed and the sequence is publically available at the GenBank sequence repository. As of now, 104 strains of SARS-CoV-2 have been isolated and sequenced.

How is SARS-CoV-2 identified?

Molecular techniques have been shown to be highly suitable for the identification of SARS-CoV-2 infections. Specifically real-time RT-PCR (qRT-PCR) is utilised for the analysis of respiratory samples. Here, the RNA of SARS-CoV-2 is extracted from the respiratory samples and subsequently reverse transcribed into complementary DNA (cDNA). The cDNA is then used for real-time PCR amplification with specific primers and probes that target three regions of the viral genome:

It has been suggested that the RdRP gene and the E genes show slightly higher analytical sensitivity than the N gene.

qRT-PCR can be performed in a one-step or a two-step assay. The one-step assay with reverse transcription and PCR amplification in one reaction is fast and gives reproducible results for high-throughput analysis:

The two-step assay, where reverse transcription and PCR amplification are performed in different tubes, is generally more sensitive but requires more time.

The utilisation of qRT-PCR assays requires positive controls for valid and reliable analyses.

What are the positive controls for SARS-CoV-2 identification by qRT-PCR?

A range of validated positive controls as plasmids that include all genes of SARS-CoV-2 as recommended by the CDC and WHO for example is also provided: Control Plasmids for Coronavirus Research.